The USA PATRIOT Act, which arguably violates more than a few Amendments to the Bill of Rights, has been interpreted to label full-time RVers (among others) as terrorists and has forbid them from accessing the US Banking System. The truth of this declaration is revealed when you know the formal name of the act, which is Uniting and Strengthening America by Providing Appropriate Tools Required to Intercept and Obstruct Terrorism (USA PATRIOT). Clearly lawmakers spent way more time working on a clever acronym than they did considering the impact their legislation would have on law-abiding, tax-paying American citizens.

The legislation requires banks to obtain proof of a “residential” address as one of the minimum requirements for a bank account. How this is supposed to prevent terrorism is a mystery, as a terrorist would likely have a “residential” address.1  This requirement disastrously impacts full-time RVers, as well as Freelance Workers, Farm Workers, Traveling Nurses, Work Campers and any other person or group that lives transiently.

This problem was made possible by FinCEN – the Financial Crimes Enforcement Network, which is the U.S. Financial Intelligence (?) Unit of the U.S. Treasury. They’re obviously working hard to spend as many tax dollars as they can stopping RV terrorists (disguised as full-time happy campers) from using banks to fund their devious plans of Fire & Ice, which is more often referred to by RV terrorists as campfires and cold drinks. A glance at the budget for FinCEN makes it clear no one there has a problem writing big checks. They literally have more money than they know what to do with.

“For this current fiscal year, this agency has been granted authority to spend $119M out of this federal account. They carried over a balance of $23M from last year, were given $78M in new appropriations, and have authority to use $18M of other budgetary resources.” 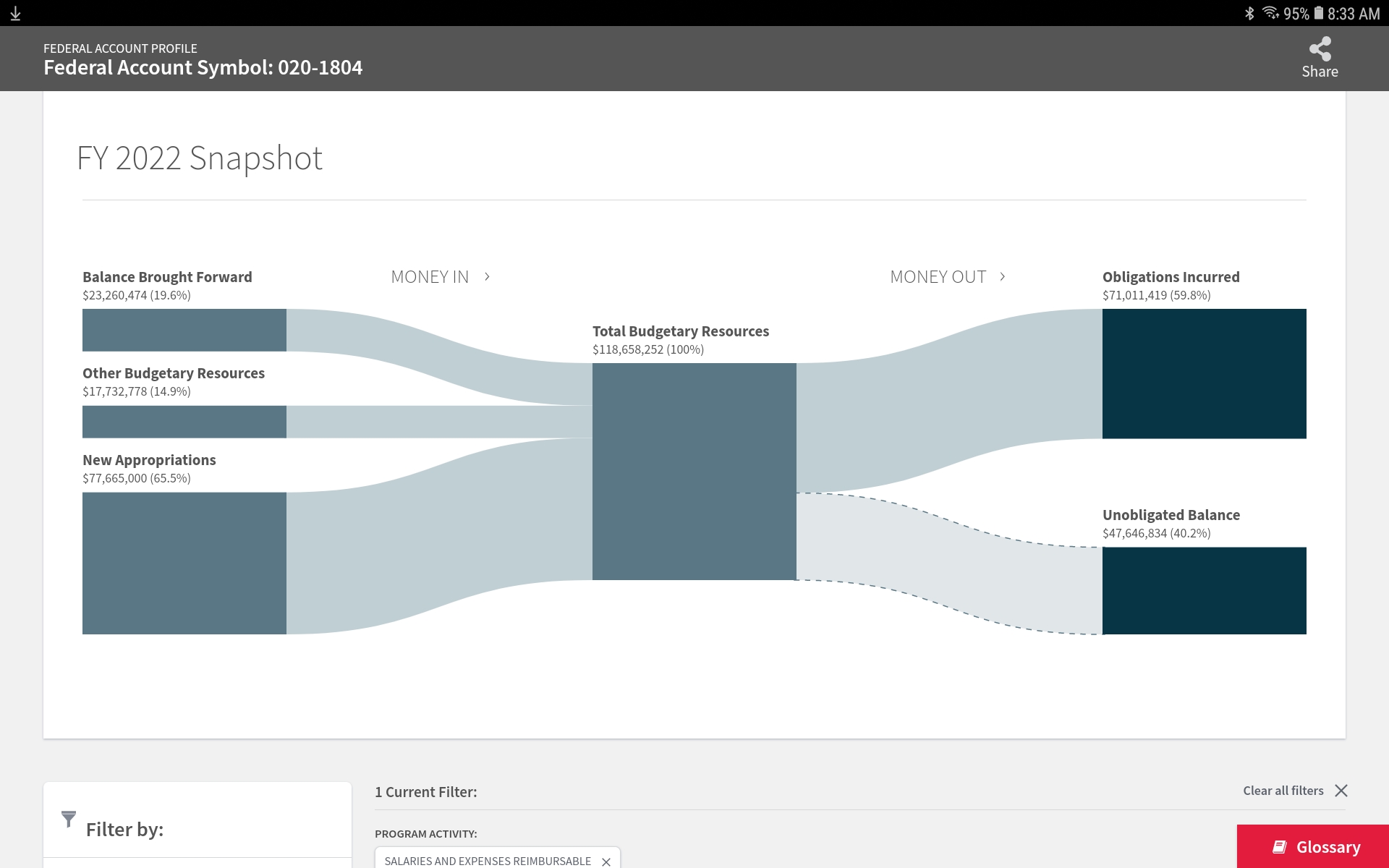 The “full-time RVing” dream being sold by the RV industry, the “clickbait” blogger community, and particularly the RV mail forwarding establishments, is a myth. The mail forwarders tell potential clients that by using their service they will provide a legal “physical” address that can be used to open bank accounts, to register to vote and other important things a full-time RVer really needs to live on the road. However, it is not possible to use the US Banking System without a “residential” address. Certain terms such as “domicile” or “physical” that are being used by the RV mail forwarding services does not meet the standard of “residential” being required by the USA PATRIOT Act’s mandated Customer Identification Program (CIP), which was rolled out by FinCEN in 2003. The SEC is a little more flexible on the issue.  They allow customers without “residential” addresses (and potential terrorists) to open a brokerage account, but not a checking account.

You may wonder why a full-time RVer would need a bank account. Why don’t RVers just keep all their cash in a safe inside the RV?  The U.S. Civil Forfeiture law explains why this is a horrible idea. The law defines a process which authorizes law enforcement officers to seize assets from anyone they “suspect” are involved in a crime or illegal activity without necessarily charging the suspect with any wrongdoing.  There are many documented cases that strongly advise against traveling with large amounts of cash or any item(s) of value (such as jewelry, gold, preloaded debit cards, et al). All could be lost in a simple traffic stop, even though no crime was ever committed.  You thought hackers trying to get at your cryptocurrency were dangerous?  Hackers don’t usually have a badge.  Since they carry many valuables with them, RVers are especially vulnerable and could lose everything, and it could be taken away by those who are sworn to protect and serve.

Don’t be fooled into believing you can use an alternate address, like the address of your next of kin. That could cost you your insurance along with your ability to pay bills. When your physical address isn’t the address you use on documents or where you actually live, courts can look at every element of your life before they render a ruling.

Your ability to vote is also in jeopardy.  Legal opinion has already been rendered in Clay County, FL.  One summary reached on voter registration, based on a mail forwarding service address and declaration of domicile, reached the conclusion that without having a “past or present physical presence and intent to establish permanent residency in the county is not sufficient to establish residency for voter registration purposes and are most likely not legal residents of the county”. Given the current political environment, undoubtedly more challenges like this are on the horizon.

The standard set for banks by the USA PATRIOT Act is “a reasonable belief that it knows the true identity of a customer”.  I promise you that anything close to “reasonable” will immediately fly out the bank teller’s window if you’re using an address provided by a mail forwarding service.  After failing to open an account online, I showed up at Wells Fargo in person with my “REAL ID”, a Florida driver’s license that shows the address provided by my mail forwarding service.  I also had my Social Security card, but it did not suffice.  I was unable to get past the requirement for a “residential” address.  I wasn’t given the opportunity to show any other proof of my true identity, such as my Credit Card Statements, State of Florida Vehicle Registration, U.S. Passport, or Birth Certificate, all of which I had with me. I had the same results from Chime, Alliant Credit Union, and when attempting to open a Charles Schwab High Yield Investor Checking account.  The obvious conclusion is if you don’t meet each and every bullet point contained in the CIP (Customer Identification Program), you’re assumed to be a terrorist.  If only the U.S. Treasury had come up with this all-inclusive list prior to 911, perhaps thousands of lives could have been saved.

Given all the campers being sold by the RV industry, you may find it hard to sleep at night knowing that so many terrorists, disguised as retirees, may be driving Winnebago’s around your community.2   It’s estimated the number of people living in recreational vehicles on land and on the water is in the millions.  If you use the treasury’s logic of “doubt the truth” as your litmus test, then that’s a lot of terrorists.  But wait, it gets better!

Oh what a tangled web we weave, when first we practice to deceive. Before you begin to think only mail forwarding services and campgrounds are harboring terrorists, consider these grey areas:

I was also able to open multiple cryptocurrency exchange accounts using only my “Real ID” and S.S. number as proof of my identity. As if this couldn’t get any more convoluted, the FDIC uses the public’s funds to federally insure money in both Treasury and SEC accounts. So a terrorist who is refused banking by the Treasury, can sleep tight at night knowing that their funds are safe and sound in their brokerage account guarded by regulations being implemented at the SEC, and that it’s also insured by The Federal Deposit Insurance Corporation.

The Treasury makes an exemption that allows banks to ignore the CIP mandate when a person is buying property. So hypothetically someone from, let’s say, Saudi Arabia, not that anyone from there was ever a terrorist, can get a mail forwarding address, obtain a Real ID, get a job, open a brokerage account, buy residential property, open a bank account and board a commercial airline. Of course, we can reasonably conclude that this is just as ludicrous as the U.S. Treasury asserting that all full-time RVers are terrorists.

“If you want a friend in Washington, get a dog.” – Harry Truman 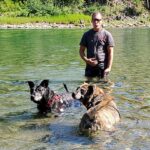 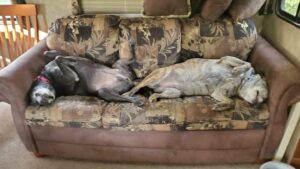 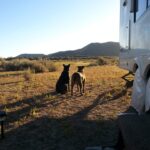 This treasury’s logic of “Doubt the Truth” is actually very enlightening when navigating the false truths that have become the backbone of the Washington D.C. establishment.  When all three branches of government, Legislative, Executive and Judicial, work against public opinion, it’s extremely transparent that our democracy has failed. What we live under now is a corpocracy 3 that serves, and profits, the few, the incorporated, and not the many, the disenfranchised.

Corporate governance is why our immigration policy doesn’t resemble “Give me your tired, your poor, your huddled masses yearning to breathe free” and serves only to accommodate the poor with a Temporary Work Visa and the rich with an EB-5 “Immigrant Investor” program. It’s why gun lobbyist’s continue to ensure the U.S. keeps the highest rate of assault weapon sales to civilians in the world, who are not members of a “well regulated militia”. It’s why pro-life doesn’t speak to banning those assault weapons, like the kind used in so many school shootings at this point we’ve all lost count, or to something as life sustaining as accessible healthcare. It’s also why you can finance your RV with a bank you can’t use if you live in your RV.

I wrote this to educate you, not to stop you. If you want to get out and see this country in an RV, I encourage you to do just that. We occupy a beautiful place filled with some wonderful people. During our travels, we have collected memories of a lifetime that far exceed the value of anything we’ve ever accumulated in a bank account. Don’t let the zealots in our government box you in. They’re still operating under the failed lessons taught by the history of McCarthyism and the Lavender Scare, as well as the good ole banker days of Redlining. That’s their modus operandi. It’s painfully obvious that there’s no room for logic in their tool shed. That will become their Achilles Heel one day.

Do have a back up plan however. That may mean you get a property management firm to rent out the house rather then sell it. Maybe keep a small rental or a permanent seasonal campsite where you can store items as well as have a place to put your feet up occasionally or as a safe go to in an emergency. We have the same bank account we left home with. We just live day to day knowing at any moment, like what happened with our brokerage accounts, things can change and so we live prepared to change too.

Live your life as the exception to the rule. You know … like a politician,
only unlike them, you must “remain vigilant”. 4

1. The CIA was aware for months that al-Qaida operatives were in the country but refused to share that information with the FBI. They finally did share the information they had for two terrorists living in a 2nd floor apartment in Paterson, N.J. a few weeks prior to 911. ‘hiding in plain sight’ – by Mike Kelly
I can attest, after more then two decade’s, our government is still lacking in good intelligence.
Return to Article ↩

2. “The United States faces a growing terrorism problem that will likely worsen over the next year. Based on a CSIS data set of terrorist incidents, the most significant threat likely comes from white supremacists” June 17, 2020 – Center for Strategic and International Studies
Return to Article ↩

3. corpocracy – Wiktionary
Noun
1) A corporate bureaucracy, characterized by ineffective management.
2) A society where the interests of large corporations control economic and political decisions.
Return to Article ↩

4. “The rule of law is intended to promote stability, but a society that operates under the rule of law must also remain vigilant to ensure the rule of law also serves the interests of justice.” -Martin Luther King
Return to Article ↩

Power concedes nothing without a demand.